This War Is Not Inevitable
An idea that could yet change the world— Two actors, playing a dozen parts between them, show how world leaders in 1917 received this idea. 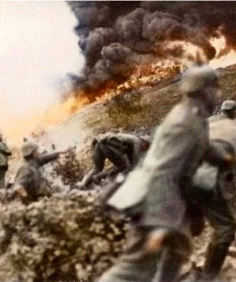 THIS WAR IS NOT INEVITABLE is a two-man play written by Aucklander Michael Burton to mark the centenary of the birth of an idea that could yet change the world – Rudolf Steiner’s Threefold Social Organism. Two actors, playing a dozen parts between them, show how the rulers of the time received this idea.

The Threefold Social Organism was first of all an idea that could have taken two years off the length of the First World War and made the Second World War impossible. It addressed people’s vulnerability to political and economic events – something that is every bit as relevant today as it was in 1917.