Veterans to head to Standing Rock to show support
http://www.usatoday.com/story/news/2016/11/30/veterans-give-protesters-break-standing-rock/94698198/

This morning CFROG, along with Los Padres ForestWatch and the Center for Biological Diversity, filed suit against the County of Ventura to halt a plan to drill 19 new oil wells in Santa Paula Canyon, a popular hiking trail adjacent to Condor nests and Steelhead habitat. Here’s the press release.

Despite objections from nearly 1,000 hikers and local residents and overwhelming expert scientific testimony, the Ventura County Board of Supervisors approved the oil wells on a 3-2 vote last month, relying in large part on an outdated environmental impact report prepared in 1978.

Today’s lawsuit, filed in Ventura County Superior Court by Los Padres ForestWatch, the Center for Biological Diversity and Citizens for Responsible Oil & Gas, says the County is required by law to conduct a new study of the environmental risks of the project.

While authorizing the doubling of oil wells in the area, the county failed to evaluate and reduce significant noise, visual and public safety impacts that oil drilling would cause to hikers on the trail. The county also failed to fully consider the risks posed by oil spills from a pipeline directly above Santa Paula Creek or study the contaminants draining from an oil pad that go directly into habitat for endangered Southern Steelhead trout.

The lawsuit urges the court to place the drilling project on hold until an adequate review is conducted to fully disclose all of the potential risks and damages of drilling.

The suit also challenges Ventura County’s failure to comply with the County’s own zoning ordinance governing the processing of applications for oil wells. The ordinance requires the county to reject an application if a facility is in violation of the terms and conditions of an existing permit. Conservation groups filed a formal complaint with county planners earlier this year outlining six longstanding violations at the facility which already put this area’s natural resources at risk. Despite these documented violations, the Planning Division processed the permit application.

A further violation of the zoning ordinance is alleged with an oil pad too close to the creek and a drain that empties into the creek. There has been no review of the discharge of increased contaminants into critical habitat.

In addition to Ventura County, today’s suit also names California Resources Corporation, the permit applicant and operator of 17 existing wells in Santa Paula Canyon, as as a “Real Party in Interest.” The company is a spinoff of global oil giant Occidental Petroleum, and is the largest oil and gas exploration and production company in California with more than $1.8 billion in revenues this year.

The petitioners are represented by the law firms of Chatten-Brown &and Carstens of Los Angeles and Quirk Law Firm LLP of Ventura. A copy of the lawsuit is available at www.SaveSantaPaulaCanyon.org  and www.CFROG.org.

Los Padres ForestWatch
“Santa Paula Canyon is one of the crown jewels of Ventura County, with thousands of residents and visitors enjoying its waterfalls, swimming holes, towering cliffs and backcountry campsites each year,” says Jeff Kuyper, Executive Director of Los Padres ForestWatch, a nonprofit conservation organization based in Santa Barbara that works to protect the Los Padres National Forest. “More drilling here will ruin the outdoor recreation experience for us all, while reducing local tourism dollars and harming local businesses.”
Center for Biological Diversity
“Everyone knows oil and water don’t mix,” says Ileene Anderson, a senior scientist with the Center for Biological Diversity, “The last thing endangered steelhead, recovering California condors and downstream farms and homes need is an oil spill. Ventura County ought to be protecting these incredible places, not turning them over to become industrial oil sites.”

Citizens for Responsible Oil & Gas
“We are upset that we must go to court to get Ventura County to follow environmental laws that have been in place for years,” says CFROG president John Brooks. ”It is our only option to guarantee that a complete environmental review is done. We respectfully urge the court to order the preparation of an EIR so that when proper safeguards are adopted, oil wells may be located where they will not damage Santa Paula Creek.”

Chatten-Brown & Carstens
“The County failed to disclose the many significant impacts associated with drilling new oil wells adjacent to a popular hiking trail and endangered species habitat. A subsequent environmental impact report is required to thoroughly analyze and mitigate those impacts before this project can move forward.” says Amy Minteer, a partner at Chatten-Brown & Carstens, the firm representing the conservation groups.

CFROG depends on you to do the work we do. Please visit our website and click the “donate” link to make generous donation today.

200 farmers occupy a last plot of pristine land in California’s urban East Bay (near UC Berkeley), plant 15,000 seedlings to feed the community and disrupt plans to convert the public land into a private real estate development.
The developers already snuck in and cut 60 trees (see 2nd video) eventhough there is a lawsuit to stop the development. The struggle is still going on to preserve this land for the community. 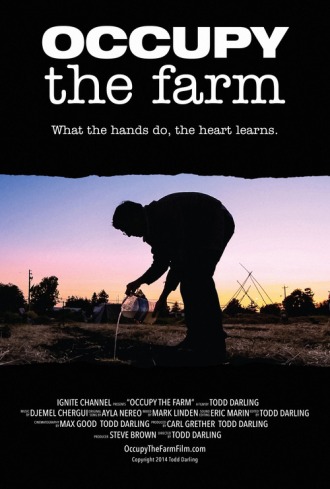 More Information on the Gill Tract Land and what is happening now
http://www.takebackthetract.com/

Petition: We urge UC Berkeley administration, the UC Regents, and President Napolitano to halt the current development plan for the Gill Tract Farm and enter into a collaborative design process with students and community for the entire Gill Tract Farm.  http://petitions.moveon.org/sign/a-food-initiative-on

Over 100,000 gallons of crude oil spilled onto Refugio State Beach Tuesday May 19. The pipeline operator said a line integrity check was done recently (last time it was checked was in 2012). They are awaiting results. Plains All American has a long record of issues. In May 2014 this is the same company responsible for the Atwater Village (Los Angeles) oil spill of 10,000 gallons.
Refugio and El Capitan Beaches are closed. There are 2 streaks of oil spanning 9 miles.

TIME TO  MARCH AGAINST MONSANTO! SATURDAY MAY 23

There are currently over 300 marches scheduled to take place around the world. People from all walks of life will be joining together to take a stand against Monsanto’s evil ways.